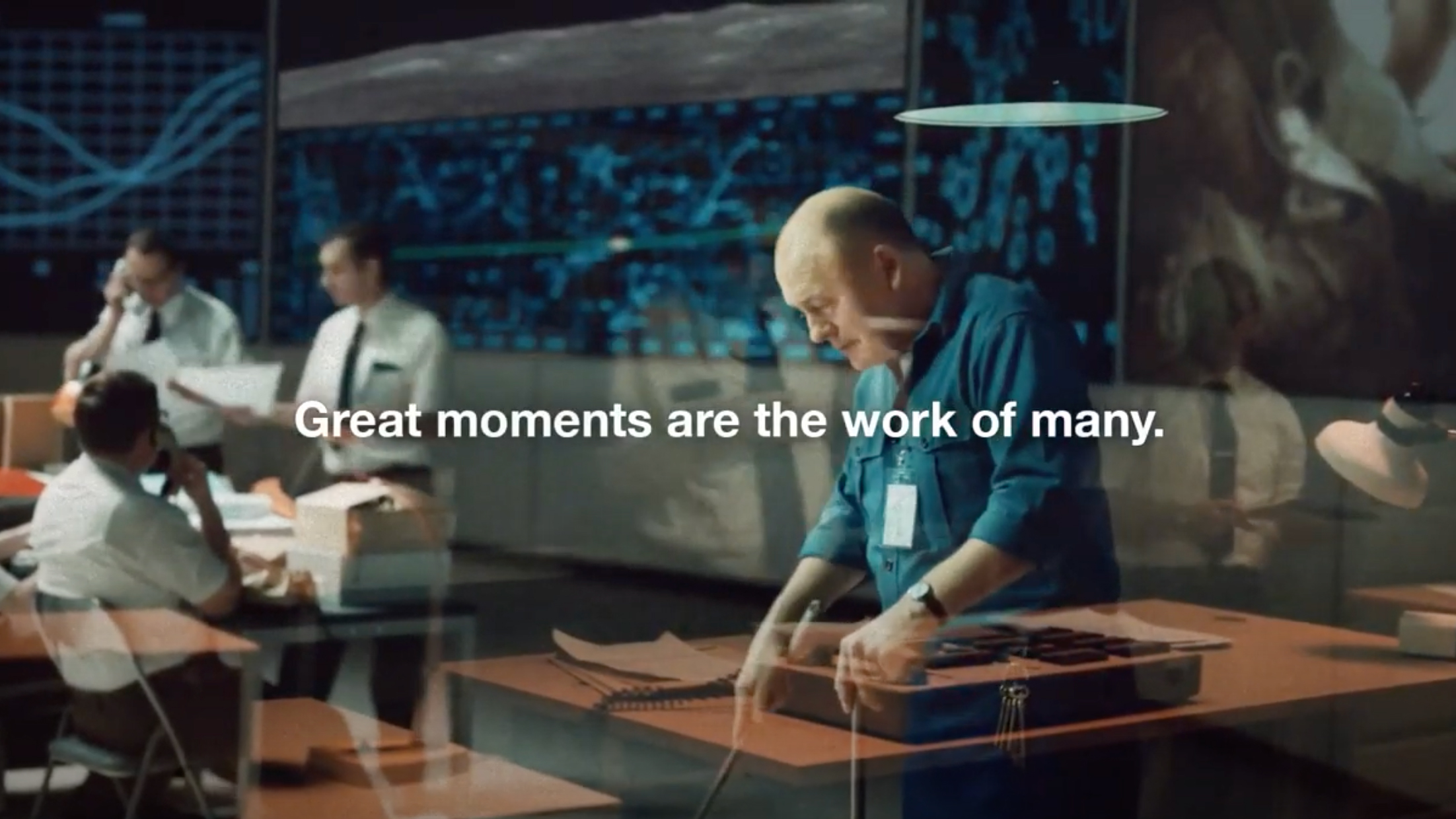 When it comes to storytelling these days, it’s important to keep in mind that there are a wide variety of tools and techniques you could choose from to promote your message of hope.

When I got my start in the news business, I started off as a print journalist, so I’m biased toward stories that are written (i.e. blog posts).

But you want to know a storytelling technique that has become just as powerful as — if not more powerful than — writing lots of blog posts? If producing video content was your answer, you’d be right.

In fact, doing visual storytelling comes with a number of advantages over written content.

Sure, it’s not as SEO-friendly and it does require a greater commitment from the viewer (they need to be able to have their sound on for starters). But video production allows you to show people your personality, what you stand for and your expertise much more efficiently and quickly.

Visual storytelling is a proven strategy for growing your online presence

The following stats are compelling too:

Video content is here to stay. People are used to video, they love it, and a social enterprise that wants to make a difference can’t afford to ignore that anymore.

Now, my experience tells me that most people overthink some parts of the video production process and underestimate what it takes to produce a compelling story, so the goal for this blog post is simple: to help you understand the fundamentals of visual storytelling so you can start adding great video content to your website and social media pages and attracting the right audience for your cause.

I know what you’re probably thinking at this point: “I’m committed to advancing racial equity and inclusion, but I don’t own a fancy video camera and I didn’t go to film school at USC or NYU.”

Well, I’m here to let you know that, depending on what you’re trying to do to make an impact, it doesn’t take all of that. In fact, you probably have all the equipment you need to start. Using a smartphone camera is the new norm and all the recording and editing apps are at your fingertips, so it’s only a matter of learning how to use them and tapping into your imagination.

There are all sorts of ways to use video content to share information: from short news stories, interviews with experts or with people on the streets, to teaching people about a topic that interests them via a video blog or a livestream, recording or a podcast. You can even create slides with audio if you’re feeling uncomfortable on camera.

You can almost literally do whatever you want.

Best of all, you don’t have to be a trained professional to produce really great content for your business or organization. It can all be very simple and still very engaging.

Video content is also inherently more engaging and a great way to show your professionalism. On top of that, if you’re able to add some production value (such as good lighting, good sound, a background track and motion graphics), then your level of authority increases (again, I want to emphasize that you don’t need to be Ken Burns or Spike Lee in order to create amazing videos for your social enterprise, but producing high-quality videos doesn’t hurt).

A few years ago, DJ Khaled broke a few corners of the Internet when he documented his whole experience of being stranded on a jet-ski using Snapchat. That’s right: Snapchat, folks. Live reporting, at night, low quality and all, and his audience didn’t mind at all (quite the contrary).

Take a look at this ATTN video that showcased a black restaurant owner who was charging white customers more for their food. It was a social experiment on income inequality. Pretty important topic, but that doesn’t mean that video creation needed to be complicated.

They simply filmed a few short clips (actually, many of the clips were filmed by someone else…they just curated it), added some commentary and captions throughout the story, and some ambient music. Nowadays, you could literally do that sort of video editing on your phone in less than 10 minutes.

Of course, it’s always a good idea to include animals in your video. While scrolling down your newsfeed, nine times out of ten you will click on a random video of a dog or cat (or goat or deer), no matter what you’ve got going on in your day.

A couple of my friends recently shared this video of a jogger who rescued a deer — not once but two times — in a Georgia park. I’m not going to lie: when I first saw the video, I was like, “Well, well, well…another silly animal video.” But then I stopped what I was doing to really watch it, and I could see why it was so compelling.

Here, you had a black woman jogging in the park in the middle of the day and she saw a deer stuck in a metal fence (I mean, there was no hope for this deer), then she singlehandedly freed the deer…twice — all while filming the rescue on her smartphone. C’mon, man! You have to admit: that was kinda newsworthy.

These are the things people want to watch, share and re-share. And if it works with random content, imagine what you can do when you strategically include it in your digital communications.

Ready to take your video content to the next level?

I’ve just given you some examples of videos that weren’t fancy but were really effective at capturing a lot of people’s attention. Now, let’s take a look at what can be done on a professional level and how visual storytelling can take your business or organization from being “little known” to “world famous.”

EPIC 2014: The power of foreshadowing

Back when I was in graduate school, I remember being introduced to “EPIC 2014,” a shirt film that imagined a future history of the media.

It was first released back in 2004. But the ideas discussed in the film feel eerily similar to the world we’re currently living in, where tech giants and corporate mergers hold a lot of power over people’s everyday lives.

I’m not saying your business or organization would need to produce this kind of short film (although that would be dope!). But what you could learn from this technique is that foreshadowing works really well when you’re trying to get people to reimagine their communities.

Dirty Gold: Have people tell their own stories

Now that we’re several months into the COVID-19 pandemic, I’m sure it’s safe to say that you’ve watched way too many hours of Netflix shows and movies (I know I have). But there are some gems, if you’re looking for inspiration. Take, for example, the show “Dirty Money.”

In the “Dirty Money” episode “Dirty Gold,” a young girl (speaking Spanish) becomes the narrator as she takes the viewer through a history of Peru and explains how, over centuries, people from all over the world have exploited the country’s people and natural resources. The young girl’s voice and her story grip your soul.

This is a good example of why is it so important to have people tell their own stories. Just imagine what could happen if you put out a special report on racial equity and inclusion or if you had to pitch your social enterprise to funders and, instead of just quoting statistics, you showed a video of a young girl from the community telling her story in her own words.

That’s the power of digital communications!

Back-to-School PSA: How to challenge the dominant narrative

The video highlighted the anxiety and fear students face in the reality of school shootings, and I like how it started off like any normal commercial. But it ended with a strong message that really made you wonder why shootings have become the “new normal” at schools and public spaces across the country.

If you used this idea for your social enterprise, I would create a “commercial” where average kids or adults are talking about a “normal” issue like school, family or enjoying a meal. Then I would have those same “characters” keep talking about how everything was normal while simultaneously showing the irony of the social issue you’re trying to solve.

The whole point is to use irony to challenge the dominant narrative and put a spotlight on the social issue you’re fighting for without explicitly mentioning the issue.

I saw Indeed’s “Moon Landing” commercial as another great example of content marketing. They didn’t just tell a story about what it’s like to work at NASA or do space travel. They gave shout outs to all the underrepresented people that make big things happen.

When it comes to NASA, most people are going to be familiar with the astronauts and the folks at mission control. But all the other people—the black mathematicians and the janitors—are often ignored. By putting together a video that weaves together all their stories, it leaves a good impression on people and makes them want to support what you stand for.

From a racial equity and inclusion standpoint, this is the strategy you want to shoot for most of the time.

Since the coronavirus outbreak started, public service workers across the country have been putting their lives on the line to keep our communities running. But it seems like Congress has been doing all they can to take care of big corporations while leaving working people to fend for themselves.

I love the video they put together to promote the campaign because it includes union members taking videos of themselves. The glue that holds that video together is the fact that the members are telling the same story. Also, the dramatic music in the background and the editing help the viewer see why it’s important to take action now.

The main point: Adding visual storytelling to your digital communications strategy is simple, but be smart about it.

But don’t just start posting any type of video without coming up with a plan.