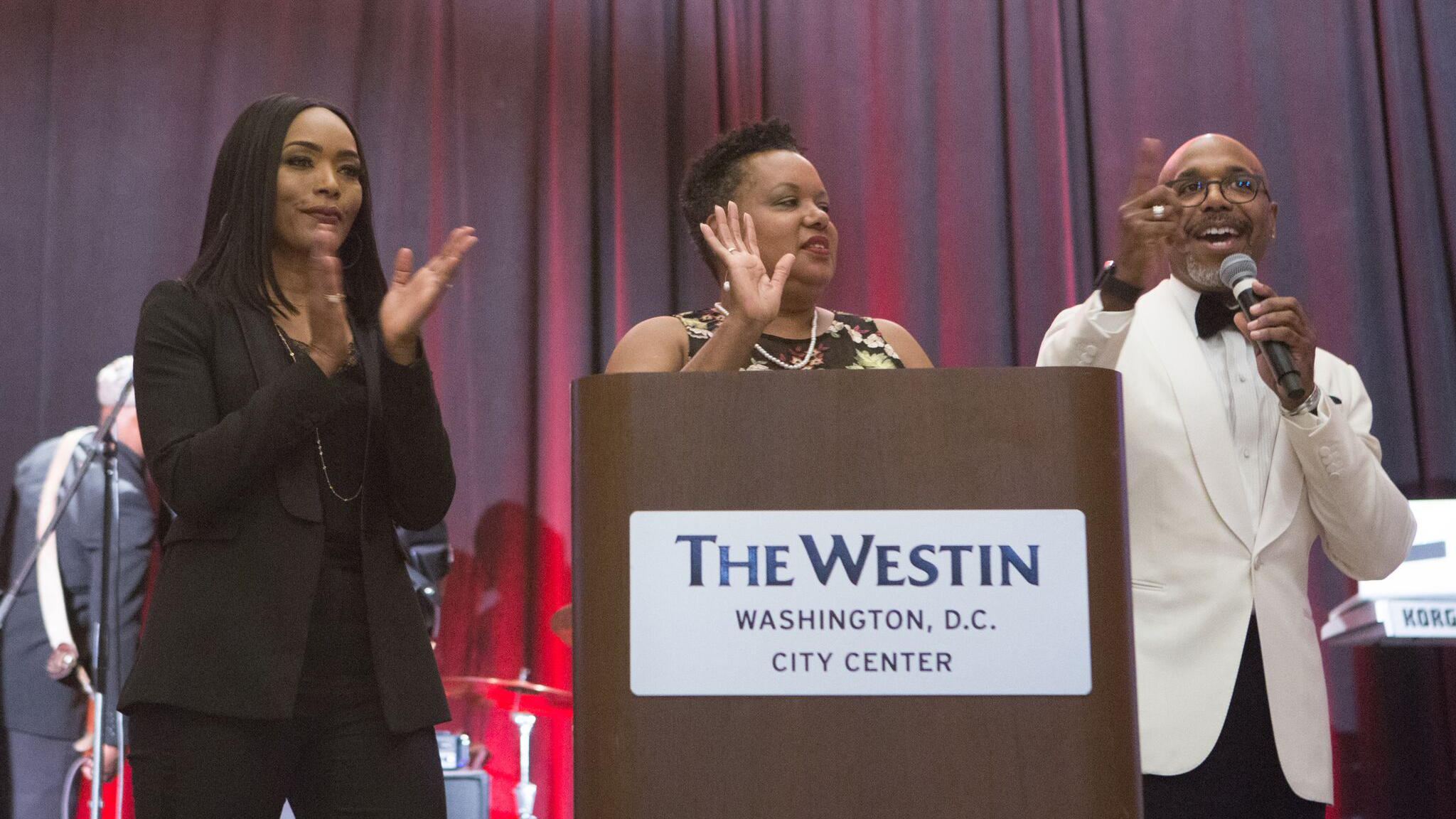 Donations are the lifeblood of all nonprofits, and fundraising can be done in a number of ways. You can get grants, sell a product for charity, put on a special event, do phone banking or my favorite—raise money online.

When it comes to donations, you can look for one or two people to make a large donation (those are your major donors). But the majority of the time, you’ll want to find a way to encourage many individuals to make small donations.

In fact, it is that steady stream of small donations that often keeps nonprofits afloat.

So as we approach the end of the year and the holidays, how can nonprofits take advantage of the most wonderful time of the year? Believe it or not, many folks around the U.S. are looking to give to charity because of the holidays (and, let’s be honest, for tax purposes), which means November and December are prime fundraising months.

But if you’re not prepared to go after those supporters (did someone say the word “website?”), you could be missing out on a huge opportunity to create some momentum for your nonprofit. I’m about to give you an example of an organization that understood this concept and developed a very creative way to capitalize on that end-of-the-year giving spirit — even though they had not yet officially launched.

Before we get into all of that, let’s talk about online fundraising and why November and December are indeed prime fundraising months. It’s because of two words: Giving Tuesday.

Giving Tuesday has become the standard

First of all, let’s remind everyone what Giving Tuesday is all about. Giving Tuesday is a project that was started in 2012 by an organization in New York that had a goal of connecting a diverse group of people, communities and organizations from around the world for the common purpose of celebrating the holidays and encouraging giving.

Giving Tuesday usually takes place on the Tuesday right after Thanksgiving and is meant to piggyback off the unofficial consumer holidays, Black Friday and Cyber Monday. It’s a genius idea, and Giving Tuesday has now become the day where every forward-thinking nonprofit kicks off the charitable season.

#GivingTuesday is also a widely used hashtag, which means, year after year, online giving has become the standard for charitable donations.

If you’re still not convinced that Giving Tuesday should be incorporated into your organization’s fundraising goals, then consider these numbers from 2018:

As you can tell, nonprofits that participate in Giving Tuesday tend to raise more money during the end of the year.

Which brings me to my client that used an end-of-the-year fundraising campaign to bring in thousands of dollars in donations in a short amount of time.

Nothing beats a well-designed donation page

I was approached by the Courageous Conversation Global Foundation to design its website for its big launch in 2017. The foundation was started as the nonprofit arm of the Pacific Educational Group, a consulting firm that provides racial equity training for higher education institutions, corporations, nonprofits and law enforcement agencies around the world. Pacific Educational Group was also celebrating its 25th year, so the launch of the foundation was a big deal.

In addition to building a website to coincide with the launch, the foundation was looking for a simple way to get supporters to make donations at a big gala they were planning to announce the organization to the world.

Now, the easy (or should I say lazy) thing to do would have been to simply ask people to take out their checkbooks, write a check to the foundation, pass a basket around the room (Coming to America-style) and then call it a night.

But I’m so glad the board of the foundation had more ingenuity than that and made the correct decision to use the website as the main vehicle to collect donations…and, boy, did it pay off for the foundation.

Within about 24 hours of launching the organization at its big gala, the Courageous Conversation Global Foundation raised nearly $15,000 just from the website.

Here’s how I helped them make this happen, and here’s what your organization can do as well.

The main thing I did was create a standalone donation page (aka a landing page) on the website. This is actually one of the single most important pages that a nonprofit should have on its website.

Here were the key elements that drove the fundraising effort’s success:

Not quite. But the website became a very powerful vehicle that the foundation used to leverage an amazing event.

The celebrity endorsement: Do you need it?

It should come as no surprise that the main reason why the fundraiser worked so well was because the organization behind the event is amazing.

Pacific Educational Group has a 25-year track record of making an impressive, transformational impact on people’s lives. So there were a number of people who were eager to show up at the event for the launch of the new foundation.

Pacific Educational Group also throws amazing events, and they didn’t disappoint with the gala. They provided thousands of dollars in company funds to make the launch a success and they were able to get a number of celebrities, including actress Angela Bassett and poet Nikki Giovanni, to attend.

So if you’re wondering if it’s necessary to include celebrities in your fundraising campaigns, I’m not going to say yes. But as Glenn Singleton, board president of the foundation, said: “While celebrities are not essential, the right celebrities, like Angela Bassett and Nikki Giovanni, can certainly add a great deal to the event’s appeal.”

The bottom line is this: The right campaign that is full of purpose and planned properly, combined with a powerful way to capture online donations on your website, equals success for any nonprofit.

“Our website helped us get the word out about the event as well as it served as a place for contributors to go to donate,” Singleton said. “I felt relieved and inspired by the instant donations which the website uniquely enabled us to garner.”

What dark magic are you speaking of, Martin? And what is a sales funnel?

Well, if you really think about it, having a website is absolutely important if your organization wants to be taken seriously nowadays. But did you know that, for the most part, your website acts as a digital brochure, meaning most people will browse around for a little while (in reality, a few seconds). And if they don’t know where to go, they’ll leave your website and you’ll have no way to follow up with them.

But the nonprofits that are having the most success realize that, if they want to maximize their results online and get supporters to make donations that could sustain their growth, they can’t just rely on a flat donation page.

So instead of just asking for a donation right away and then letting people leave the website, the successful nonprofits are taking donors by the hand and walking them through each step of the donation process (just as if they were next to the donor in person). This is what’s known as a sales funnel.

As Russell Brunson, founder of ClickFunnels, put it: “It’s like a digital ‘funnel,’ where your visitors enter in at the top and donations come out the bottom.”

The best example I can give is what Tyler Shaule, executive director of Ontario, Canada-based Forest Cliff Camps, did with his nonprofit’s summer camp program.

Every year, the camping organization hosts about 3,000 kids at summer camps and day camps. While most families pay between $200 to $600 to send their kids to camp, there are many who can’t afford this for their children.

So Forest Cliff Camps developed a scholarship program to help about 300 children be able to participate in camp.

They had some success with getting people to make enough donations to cover about half of those scholarships. But Shaule realized they needed to do something else to make potential donors want to give more. So he turned his organization’s donation page into a sales funnel.

Perhaps I’ll go over the steps into detail in another post, but here’s essentially what he did to take his organization’s donation page to the next level:

The email sequences were crucial. Each series of emails included a video interview with a donor along with very strong copy that clearly described the social issue the nonprofit was trying to address in its mission, the nonprofit’s specific solution and the outcomes when a gift was given and not given.

To top it off, he added a Facebook pixel to his organization’s donation page so they could take out Facebook ads and target people who came to the page but didn’t make a donation yet.

In the end, Shaule’s sales funnel helped his organization generate more than $1 million in donations.

That’s the power of online fundraising, folks! Try it out and let me how your end-of-the-year campaigns are going.

How I Helped This Business Add More Than 4,000 New Email Subscribers to Its List—In the Middle of a Global Pandemic
I don’t care what anyone says…no business or organization can predict what would happen if, all of a sudden, the market collapsed or a disaster happened or some world event...
Colin Kaepernick Shows Us 3 Great Ways To Advance Racial Equity and Increase Your Online Presence

By now, everyone should have heard the name Colin Kaepernick, a controversial sports figure and…

© Community Symbol 2023 - All Rights Reserved
Back To Top