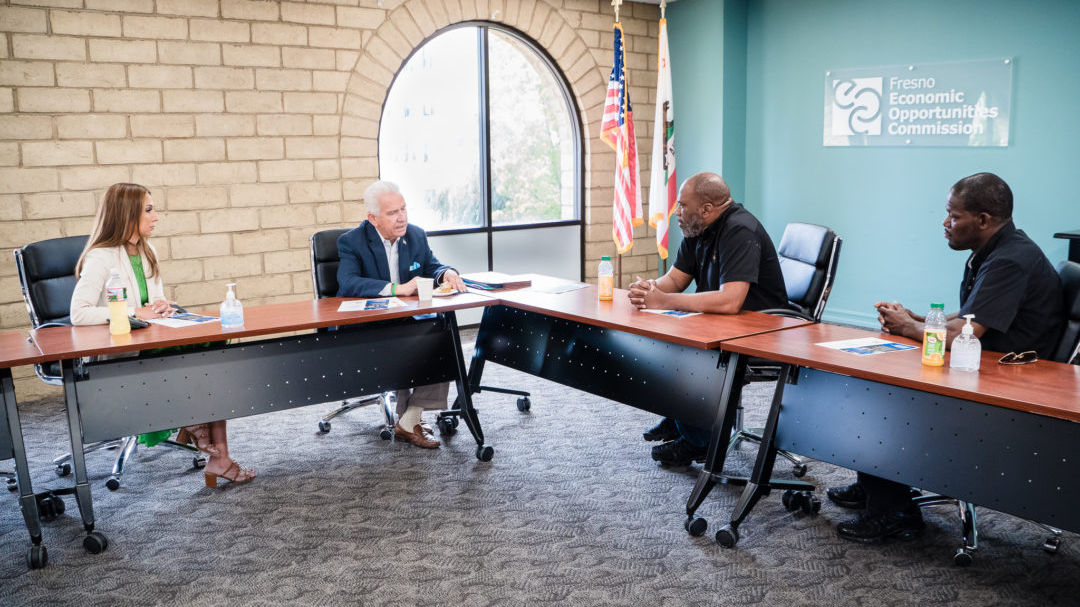 What good is it to say you want to make a social impact if you can’t measure the impact you’re making?

Think about it…every time a social justice issue starts to catch on and threaten the status quo (let’s say addressing police brutality, for example), a small but vocal group of people are always ready to use their “research” to tear down any idea that sounds too progressive. That same group feels justified in their beliefs, just as much as any socially conscious activist.

So what if I told you the art of social justice storytelling these days is less about what you say and more about what you can prove? Here’s why every social entrepreneur needs to think like a data scientist.

The connection between data and social change

One of my clients, Faith in the Valley, a faith-based nonprofit organization, has been instrumental in getting cities throughout California’s Central Valley to partner with Advance Peace, a gun-violence reduction program that pairs young people with mentors and rewards them for reaching life goals.

The program has already been proven to work in other urban cities.

But when organizers began pitching Advance Peace to several conservative cities in the Valley, critics were quick to call it the “cash for criminals” program.

Despite the opposition and because of Faith in the Valley’s efforts, several cities saw the benefits of adopting the program, and I can see why.

The organizers who advocated for the program did a great job of showing the police brass and city leaders how using Advance Peace’s alternative method to gun violence reduction could lead to measurable results. For example, an independent report concluded that Advance Peace led to a nearly 45 percent decline in gun crime in Richmond, CA, between 2010 and 2017. A similar evaluation in Sacramento found the efforts contributed to a reduction in gun homicides and assaults by more than 20 percent in 2018 compared to previous years.

I’m also reminded of a story I heard about a few years ago where a judge in Virginia sentenced a group of teen vandals to read books instead of spending months or years in prison.

When we think of how the criminal justice system works in the U.S., especially for juveniles, it’s full of challenges. And when it comes to dealing with kids, the question keeps coming up: Are severe punishments for delinquent behavior the answer, or should lawmakers and judges focus on more progressive policies to help young people turn their lives around?

Well, back in 2016, five teenagers were charged with painting graffiti on a historic old schoolhouse in Ashburn, Virginia. The kids covered schoolhouse, which had been used to teach Black children during segregation, in swastikas, racist statements and doodles. Needless to say, it shocked the local community.

In comes Alejandra Rueda, a prosecutor and deputy commonwealth attorney, who was assigned to the case and was instrumental in deciding the teenagers’ fate.

As a prosecutor, she could have took the capital punishment route and pushed to make an example out of the kids.

Instead, Rueda persuaded the judge to accept her plan to draw up a reading list of 35 different books that deal with the pain and tragedies of racial injustice.

The teens were then asked to read one of the books each month for a year. For every book they read, the kids had to write a 3,500-word essay on the consequences of racism, bigotry and prejudice. Additionally, the teens had to visit the Holocaust Museum and a history museum exhibit on the Japanese-American internment camps following Pearl Harbor.

Two years after the incident, Rueda’s plan did exactly what she hoped it would.

The kids stuck to their education, they didn’t re-offend and, based on their essays as well as statements from the teens’ parents and lawyers, they were all “embarrassed” and regretful of their crime.

If I was a social entrepreneur who was looking to fix the school to prison pipeline, it would be simple to look at Rueda’s alternative approach to juvenile justice reform and figure out how to model the program in other communities throughout the country. Why? Because the problem was approached with measurable results in mind — not a complaint.

What does this have to do with what I do as a digital communications manager for JEDI-driven businesses and nonprofits?

The connection between data, social change and storytelling

When I’m designing a website or putting together a social media strategy or writing a blog post that is talking about racial equity or social justice, I already know that we’re going to be facing some resistance from people who aren’t in favor of social change. So I search for social proof that can help us tell a more compelling story.

Too often, I run into businesses and nonprofits claiming that they stand for many well-meaning social issues. But when you want to know what they’ve done lately to address those social issues, it’s just more hollow promises.

First prerequisite: You want to make sure you’ve done the work before. If you haven’t, you’ll want to find a similar program that has produced the same results you’re trying to duplicate (think the Advance Peace model).

Once you’ve done the work, you should ask yourself a series of questions:

Besides the fact that you’ll get you some great testimonials that can be used on your website, social media pages and other content, answering these questions will make your story more credible.

Want to take things to the next level? If you have a social enterprise and you’re doing something like Advance Peace or Alejandra Rueda, include those measurable results in your messaging on your website, social media pages and other content. The more you tell stories that show people measurable results, the easier it will be to convince them that it’s worth investing time and money into products and causes that advance racial equity and social justice.